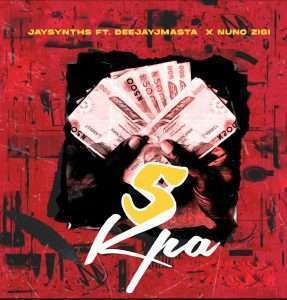 JaySynths is a Nigerian Record Producer best known for producing Teni’s biggest Hit song “Case” He also produced some of her hit records as well. Like, Power Rangers, Wait and so many more. He has continue to produce award winning Songs for top rated Nigeria and Africa musical Artists. With years of experience and monumental efforts to remain intrinsically relevant in the Industry, he has worked with several artists including Skiibii for (Daz How Star Do) Kuami Eugene( Obiaato ) Ice Prince, Mr Eazi, Victor AD, Hotkid, just to mention a few.

The song “5 Kpa” is an amazing number which is a must for your playlist.